Kayaking at Moonlight in Deep Cove

The moon is a cold, rocky body about 2,160 miles (3,476 km) in diameter. It has no light of it's own but shines by sunlight reflected from its surface. The moon orbits Earth about once every 29 and a half days. As it circles our planet, the changing position of the Moon with respect to the Sun casuses our natural satellite to cycle through a series of phases. 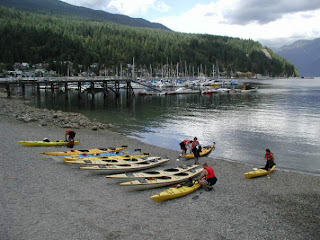 A FULL MOON is a lunar phase that occurs when the Moon is on the opposite side of the Earth from the Sun. 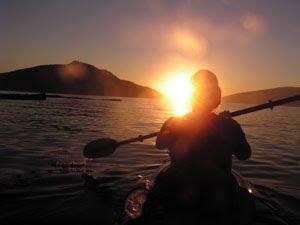 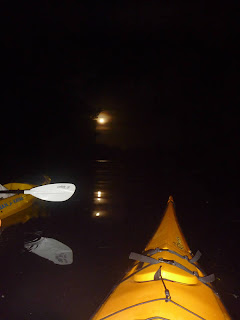 Have you ever used the phrase "Once in a blue moon ?"
A BLUE MOON is the second full moon in a calendar month. For a blue moon to occur the first of the full moons must appear at or near the beginning of the month so that the second will fall within the same month. No blue moon of any kind will occur in the years 2011, 2014 or 2017.
Posted by The Travel Group at 11:34 AM 0 comments